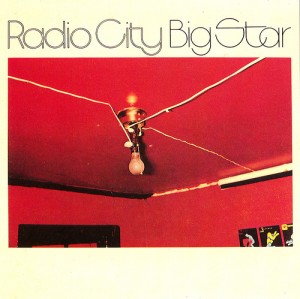 "Although the original members of the Memphis quartet Big Star recorded only the album, #1 Record together and were dissolving rapidly by the time the second, Radio City, was completed, those records have influenced countless ‘80s and ‘90s rockers on both sides of the Atlantic, from the Replacements and R.E.M. to England’s Primal Scream and Scotland’s Teenage Fanclub. That Big Star’s impact should extend so far afield is less surprising in light of the band’s own inspirations. Taking the gritty soul of Memphis rhythm and blues and fusing it with the artful melodies and vocal harmonies of British power pop, and injecting it all with a flailing, pre-punk, garage-band energy, Big Star created a unique sound with a universal appeal.

Much of the tension that fueled Big Star's wonderful harmonies apparently came from the undercurrents of competition instilled by the media’s perception of Alex Chilton as the leader of the band, one which Chris Bell once steered. Near Christmas of 1972, Bell left the band. Chilton, Hummel and Stephens continued as a trio, but Big Star was clearly on the rocks. They pulled themselves together enough, however, to record 1973's Radio City, which has been called “one of rock’s most seminal albums,” and while Bell was not a formal participant, his lingering spirit is evident in several of the album’s 12 tracks." - Fantasy Records