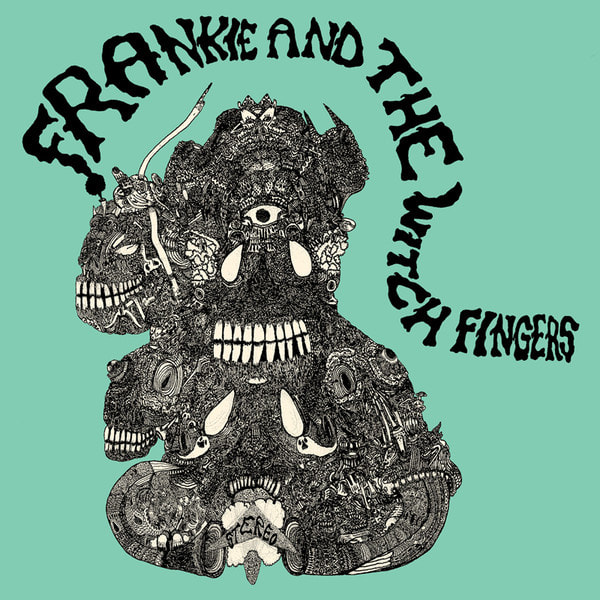 NEARLY SOLD OUT / OUT-OF-PRINT! LIMIT ONE PER CUSTOMER.

"Opening their album with more fuzz than an exploded dustbuster, Bloomington, Indiana's Frankie and the Witch Fingers are riding high on the hallmarks of the 2010's pantheon of garage rock heroes. Adding to the sonic soup a heavy dose of witchy vibes, psychedelic shake and an incessant grind that makes it feel vital and raw as skin peeled back, their sophomore album for Chicago's chief gutwrenchers, Permanent Records, is fueled by more than just paint by numbers rock. The band knows when to ride the tide of fuzz-addled freakout, knows when to break in the shake n' shimmy and knows just when to tear all the good times down for a good old fashioned dark horse that draws the shades and draws a little blood in the process. A solid offering from this band, reportedly uprooting from the doldrums of the Corn Belt to LA. It'll be interesting to see how the move affects their sound in the future, but for now these nuggets are more than worth the price of admission." - Raven Sings The Blues

"Frankie and the Witch Fingers are a garage rock outfit [originally] from Bloomington, Indiana, and with one song, they've made their forthcoming self-titled album on Permanent a hot album to pine for in 2015. Aside from the "True Detective" vibes, I'm not sure what exactly is going on in the "sexy and dangerous witchcraft" video for "Vibrations" which is puzzling, creepy and yet, sustains fascination. Regardless, this song is at the top of the heap when it comes to garage pop tunes that could've thrived in the 1960s. You just don't hear organ work like that anymore." - Evan Minsker @ Shake Appeal - The Pitch | Pitchfork ("Vibrations" Video Premier)

**ONE COLORED VERSION PER PERSON**