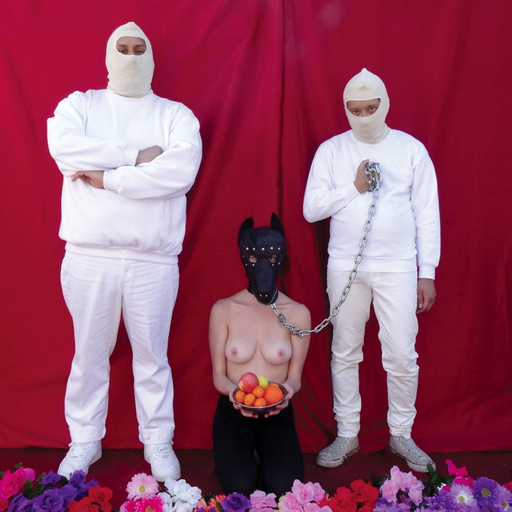 Leather Slave are from LA and sound a lot like Brainbombs.  Here are some review excerpts from Julian Cope's Head Heritage site:

"I've never heard any band...match what [Leather Slave] did. Period. From what I heard the band is still going strong, although I dunno if it's still the same lineup...  Of course one of the enigmatic things about this band is that they don't list credits or any information about themselves...But the thing that really sets this band apart is not only that the musicianship is brilliant, but that they have no redeeming value whatsoever(!) It's rock 'n roll at it's most primal and destructive -- what your parents feared in such music. Think Rolling Stones circa Exile on Main Street crossed with an even more stripped-down Raw Power by the Stooges, along with the more anarchic moments from the Swans, topped off by the writings of De Sade and Peter Sotos and yr halfway there... It's "Horror-Punk" except inspired by "Last House on Dead End Street" rather than "Teenage Frankenstein" or whatever...

Their...album starts off deceptively innocuous...but gets shattered by a devastating discordant riff, with what could be a manifesto of some sort. "If you have the fucking power, then use it to kill them all!"

Again the amazing thing about the band is the musicianship, although the songs are not songs as much as they could be called loops in a way -- mostly a series of tight grooves that threaten to fall apart and often do. The drummer has a particularly nimble touch here, but can kick out the jams just as John Bonham can... The guitars manage to sound incredibly sick and brutal, pretty much adding to the theme, but even when they restrain it a little the effect is still quite disturbing.  As for the vocals, it's not singing as much as speaking...but somehow it still works in the overall musical fabric, so to speak...

But the playing's extremely good -- they seemed to have studied rock 'n roll right down to its blues/country roots.

Of course the album closes with a totally repellent track that's a noisy, discordant mess, although that drummer still manages to keep it together which is (again) amazing... Probably this band isn't for everyone's taste, but if you like good rock 'n roll and at the same time appreciate what Whitehouse does, then this is for you."

This review is technically of Brainbombs "Obey", but since Leather Slave have so much in common with Brainbombs, we imagine Mr. Cope would have exactly the same thing to say about Leather Slave.  Genius and Brutality.  Taste and Power.  For days.