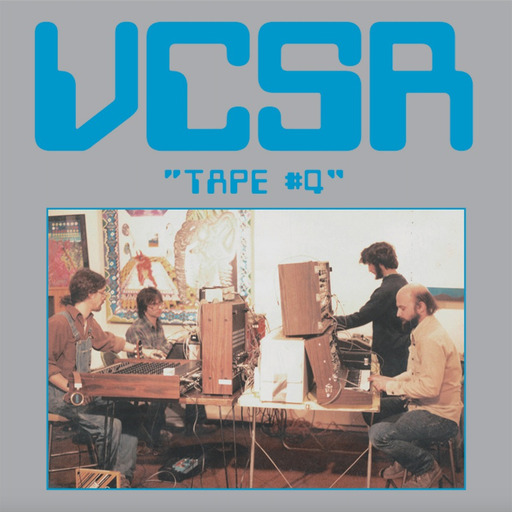 "VCSR existed between 1978 and 1984. They weren't a band or a group so much as it was a collective. They never had an official release but recorded over 60 reels of tape from which cassettes were mixed down for their own use or to give to friends.

They were to be the first record on the Waxx Traxx label with Al Jourgenson producing but that never came to be.  Tape #4 is one of these raw reels recorded in 1979 and 1980. There are overdubs but no edits or redos, it was live onto tape and then maybe a second pass to add leads, etc. Many of the reels are live onto one track only. This was done before they had a mixer.

FOR FANS OF:
Klaus Schulze, Popol Vuh, Cluster, Bitchin Bajas And Kosmische Musik from the back catalogs of Ohr, Sky and Brain
Sold out
Add to Cart