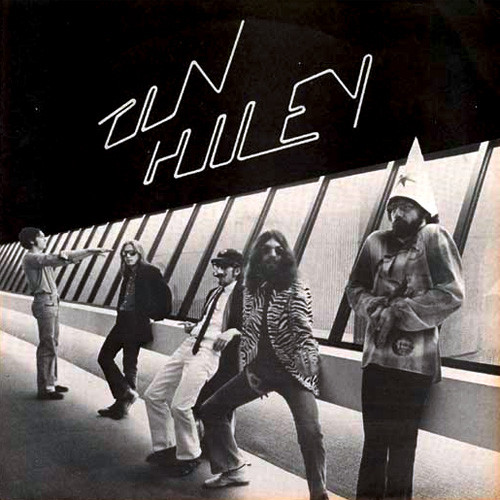 Tin Huey's 1977 debut EP is nicely summed up by copying the "BENT FOR" list the band included on the back of the 45's original B&W picture sleeve...Charles Bukowski, Burt Camembert, Robert Wyatt, Don Van Vliet, Bill Burroughs, John Havlicek, James Kauffman, Roger Chapman, Joe Zawinul, Donald Fagan, and Muhammad Ali, to be precise. The proggy new wave tracks contained within these vintage grooves are equally influenced by Captain Beefheart, Soft Machine, Gong, Beat Poets, Fusion, boxing and pro basketball. Where's Zappa on that list? These guys had sick chops and really played their instruments in both the literal and figurative senses. Ahead of it's time in some ways, slightly behind it's time in others and in the wrong place for sure (Akron!), Tin Huey made sounds for sore ears. They ended up on a major label for one LP, just like the Bizarros, Rubber City Rebels, and numerous other great bands that weren't lucky enough to be Devo even though they shared quite a bit in common. A terrific debut worthy of any prog, new wave, or weird rock record collector’s attention.