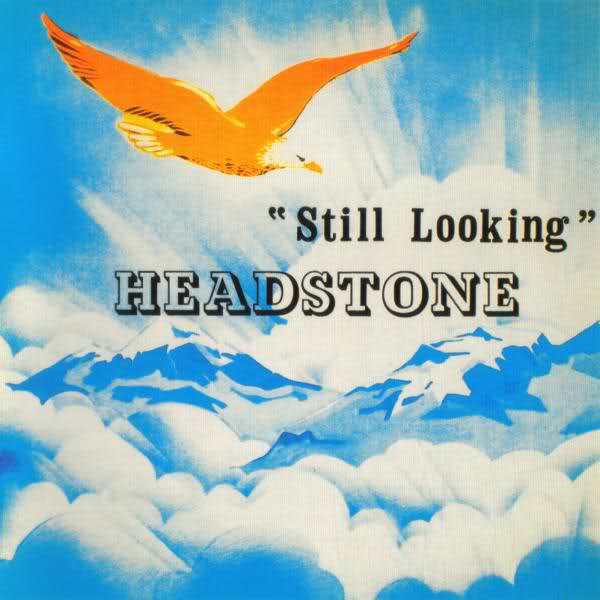 "The opening seven minute title track is a killer journey through local underground guitar psych, and there's plenty more good stuff aboard including some more lyrical moves. Underrated LP, solid all through, better than many $1000 LPs. Great generic sleeve of eagle "still looking". The band also had three non-LP 45s which are pretty good." -Acid Archives

"Headstone consisted of three Fiynn brothers and a friend Torn Applegate who recorded this, their sole album at the Rome Recording Studios in Columbus Ohio in 1974…This album is full of fuzz and extended guitar solos and most of the tracks are well constructed with lots of tempo changes and well played with super swirling Hammond, hard drumming, hard riffing and lots of guitar effects."- rockasteria.blogpsot.com

Original stock of their non-LP singles can be found here and here!