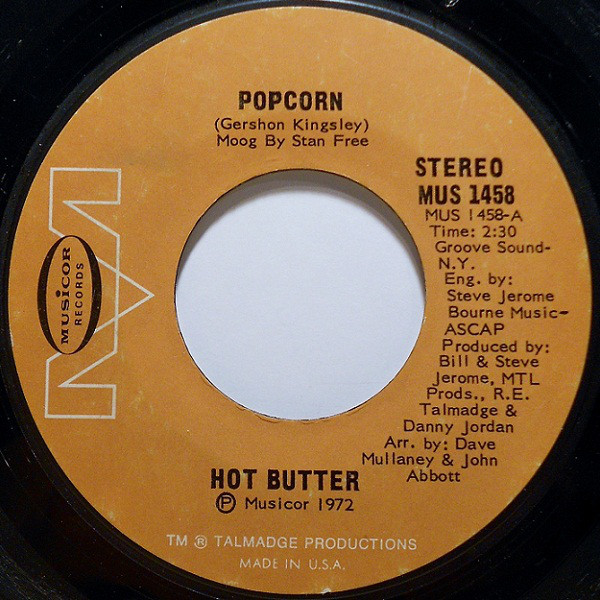 In 1972, Stan Free, a fellow member of the First Moog Quartet, re-recorded "Popcorn" with his band Hot Butter.

This version of "Popcorn" became the second primarily electronic-based piece of music to reach the American popular music charts, three years after "The Minotaur" by Dick Hyman & His Electric Eclectics. It peaked at No. 9 on the Billboard Hot 100 and No. 4 on the Easy Listening chart, and had even greater success in Australia, topping the charts for 8 weeks. It proved equally as popular in mainland Europe, spending several weeks at No. 1 in numerous European territories, including France (4 weeks at the top) and Switzerland (10 weeks), ultimately becoming the biggest-selling single of 1972 in both countries. (In the former, this version of "Popcorn" is the 131st best-selling single of all time, with sales of approximately 900,000 copies).[6] "Popcorn" was also a No. 1 hit in Germany (3 weeks), the Netherlands (7 weeks) and Norway (9 weeks).