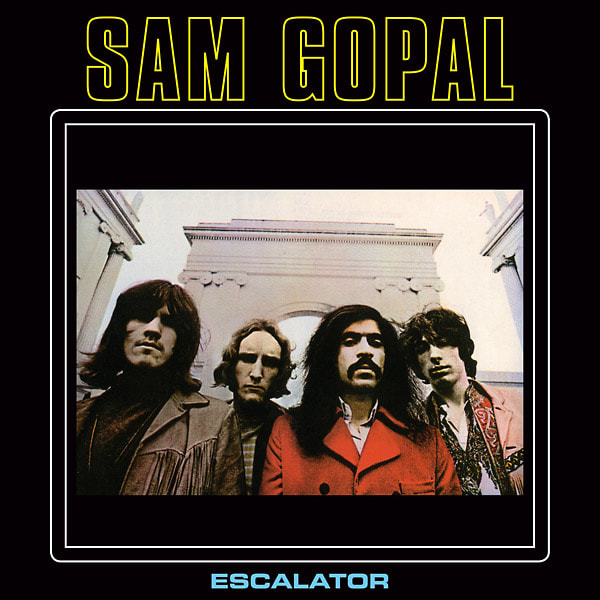 Red vinyl. Includes 7". "Sam Gopal took up the tabla in Malaysia at the age of 7, before coming to study music in Britain in 1962. Sam Gopal put together his first group, 'Sam Gopal's Dream' in 1966. They quickly became a feature of the psychedelic scene, playing at the 14 Hour Technicolour Dream at Alexandra Palace in 1967 and sharing stages with such giants as Pink Floyd, the Move and Jimi Hendrix. Indeed, Jimi jammed with them during a gig at the Speakeasy in January 1968. However, whilst successful live, the band went unrecorded, and disbanded shortly after, only to be reconstituted under the 'Sam Gopal' moniker, Sam being joined by Roger D'Elia on guitar, Phil Duke on bass and most famously, ex Jimi Hendrix roadie Ian 'Lemmy' Willis on vocals and guitar. Signed to the short-lived Stable label, songs for an album were quickly written, most of them by Lemmy, and the album was released in March 1969, beautifully packaged in a gatefold sleeve. Something of a classic of psychedelic acid rock, complete with fuzzed guitars, but rooted by its Eastern percussion, the album included one cover, a rocked up version of Donovan's 'Season Of The Witch', whilst a projected single release included a version of Willie Dixon's 'Back Door Man', which managed to be even heavier than the interpretation by the Doors on their first album, released two years earlier.'You're Alone Now', one of the Lemmy-written songs on the album, became quietly influential, acting not only as a forerunner of Hawkwind's seminal 'The Watcher', but having an intro that brings to mind Black Sabbath's 1970 smash 'Paranoid'. The album ends with undoubtedly the gentlest song of Lemmy's career, the rather lovely 'Yesterlove', which has Lemmy's vocal floating gently over a backing of tabla and acoustic guitar. Sadly, despite apparently having all the ingredients in place for success, this incarnation of 'Sam Gopal' proved to be no longer-lived than 'Sam Gopal's Dream', and broke up not long after the release of this album."