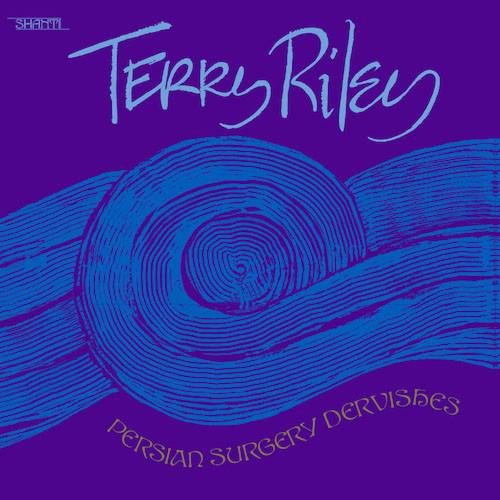 Californian composer Terry Riley’s In C, first issued on vinyl in 1968, is widely acknowledged as a Minimalist landmark that altered the course of twentieth-century music. His influential album A Rainbow In Curved Air, which appeared the following year, is a vivid fusion of rock and raga, jazz and psychedelia realised through overdubbing on an 8-track machine which had recently been installed at the studios of Columbia Records.

In recent decades Riley has composed a series of critically acclaimed pieces for string quartet. He has also written for full orchestra and explored a variety of instrumental combinations. But during the 1970s, he concentrated on solo keyboard performances, continuing to make music yet writing down almost nothing. Riley selected a mode, chose a few motifs or basic patterns and then, seated on the floor in front of his audience, improvised on electronic keyboard. That instrument became an essential part of his musical identity for a while, although it was chosen in part for practical reasons. The electric organ, superseded at later concerts by a synthesizer, was portable and consistent. This enabled him to avoid unreliable pianos in venues which were less formal and more variable than the standard concert hall circuit.

By the early 70s Riley had come to feel that scores were a distraction. Faithful interpretation of an already written piece was a deviation from the true purpose of making music, which was spiritual quest. Fortunately, some of those live performances, personal journeys towards a state of transcendence, were captured on tape. Persian Surgery Dervishes, issued initially on the French label Shandar, features two such concerts for electric organ and reel-to-reel delay, one recorded in Los Angeles on 18th April 1971, the other in Paris on 24th May 1972.

At the start of that decade Riley became a dedicated student of the great Hindustani singer Pandit Pran Nath. Looking into North Indian classical tradition he found correspondences to modal and cyclic ideas that he was already working on. In 1971, as a way to learn more, Riley himself started teaching Indian music at Mills College, in Oakland. That experience fed directly into his solo keyboard performances, but other influences were also shaping the music heard on Persian Surgery Dervishes. Personal research into ancient Persian culture and the poetry of Rumi lit up his imagination, while the repetitive swirling of Sufi devotional music from North Africa, which Riley had first encountered in Europe during the early 60s, reverberates through these performances. Jazz, as conceived by such masters such as Bill Evans and John Coltrane, is also present as an enduring source of inspiration.

The Californian version of Persian Surgery Dervishes starts with low dark tones, dense and brooding like a huddled human figure, deep in introspection. But as the improvisation unfolds Riley’s buoyant spirit asserts itself, spiralling out in ecstatic coils, as though liberated from the grip of body consciousness. The Parisian concert conveys a different mood, brighter and more open in texture, more relaxed from the outset and breathing with greater freedom as it takes flight.

Echoes of Terry Riley’s inspired music have spread far and wide - into progressive rock, New Age and ambient soundings, film soundtracks, blissed-out electronica and dance-floor trance. His fluent and hypnotic keyboard playing can be heard as part of a continuum, transmitting energies from ancient and distant musical sources into the living here and now. Persian Surgery Dervishes is a significant part of that picture, a mesmerising record of a vital stage in Riley’s ongoing quest for connection with the universal mind and the sublime music that flows ceaselessly from it. “Music is my spiritual path. It’s my way of finding out who I am.”  Terry Riley, in 1976