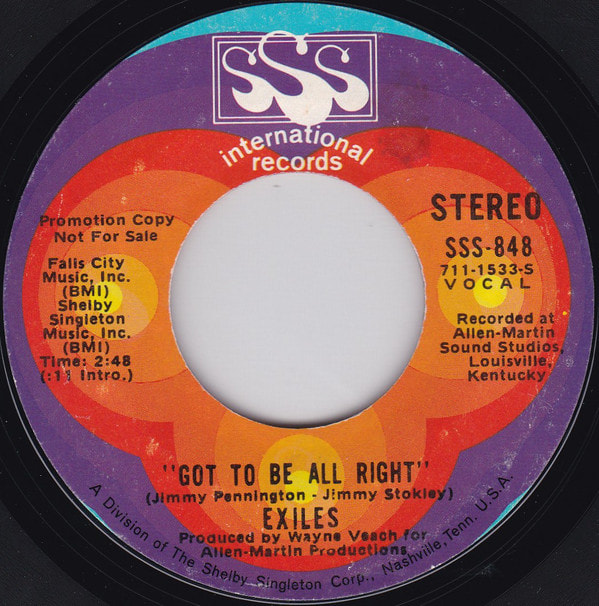 Stock copies of a killer two-sider!

The A-side, "Got To Be Alright", is a groovy, feel-good banger on the same (SSS) label as the outstanding Twiggs "Moon Maiden" (among numerous other obscure rock and soul 45s)! It fits in well right in between that and more laid back heaviness a'la early Bob Seger.

According to Discogs, "American pop and country music group, formed in Richmond, Kentucky, in 1963 as the Exiles. They toured with Dick Clark Caravan of Stars from 1965 to 1968. In 1972 they changed their name to Exile. In 1978 they had a US #1 pop hit with “Kiss You All Over”. They evolved into country music in 1983 with many subsequent country chart hits"

This particular single seems to be an anomaly in their otherwise mediocre (at best) catalog and our copies (unlike the promo entry on Discogs) include "Second Hand Lady" (a DJ friendly number in it's own right) as the B-side.

DJ Brown Acid recommended for sure!