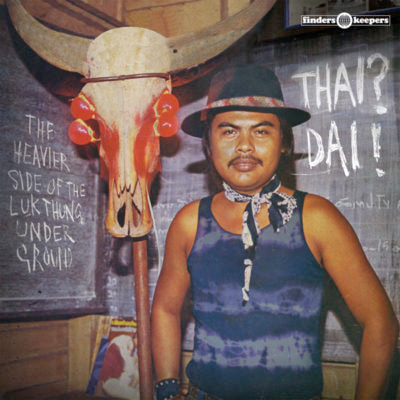 It’s possibly a misnomer to label music recorded outside of the USA or Europe with terms such as ‘psyche’ or ‘surf’ as it is often just a stylistic innovation based on exposure to foreign records via the radio or music stores. It doesn’t necessarily chime in with any of the social shifts or changes that accompanied the music’s development in the West. Even in America, the concept of teen culture was relatively new during the height of these genres popularity. People who could afford to take advantage of these new freedoms often had the financial cushioning to do so. This factor was amplified in South East Asia, and the music shouldn’t be considered nationally representative – it’s a more scaled down phenomenon, relevant to a small cross-section of society. By the same token, this wasn’t just bland copycat music to widen a band’s audience, or to entertain expat patrons in bars or clubs. This was a sincere desire to experiment and repackage local sounds without necessarily needing to make a statement. The musical information was processed and partially recast amidst a blend of local music and arrangements, transposed onto drums, electric bass, guitar and keyboards. Although in the mid-70s there was a wider protest movement in Thailand that found it’s musical outlet in the ‘songs for life’ of Caravan and Carabao, the music collected here was not part of the same aesthetic, although it’s possible there was some musical overspill. The styles featured on this compilation fall somewhere between Luk Thung (‘song of the countryside’) and Luk Krung (‘song of the city’). Bangkok was a particular melting pot for the evolution of these two genres, the former alluding to musical themes and lyrics aimed at the wider national population, the latter looking westwards with a more urban ‘sophisticated’ audience in mind. The tracks here were experimentations or dice rolling by both little known groups, as well as established figures like Plearn Promdan. Some tracks might represent a specific artist’s only foray into this musical area. Even within Thailand the majority of these tunes remain unissued, so it’s with great pleasure that we present this glimpse of the strange underbelly of Thai Luk Thung in all its unique, original and outlandish glory – a small snapshot of an otherwise forgotten era.