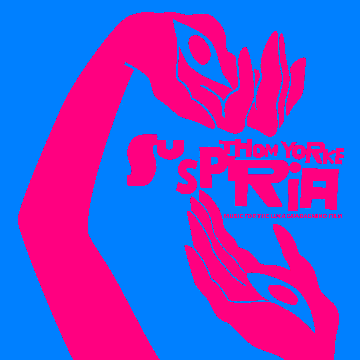 Thom Yorke's first film score, all original music, written for Luca Guadagnino's new feature film, Suspiria. Yorke decided it would be pointless to replicate or reference the soundtrack of the original Suspiria by Goblin. Instead, he cited inspiration from the 1982 Blade Runner soundtrack, musique concrète artists such as Pierre Henry, modern electronic artists such as James Holden, and music from the film's 1977 Berlin setting, including krautrock acts such as Faust and Can.

The album took about a year and a half to create. It features the London Contemporary Orchestra and Choir, which previously appeared on Radiohead's 2016 album A Moon Shaped Pool. Yorke's teenage son Noah played drums on one track, "Has Ended". Much of the score was completed prior to the film shoot, which allowed Guadagnino to play it on set during filming.

Yorke wrote sketches on piano while reading the script and viewing rushes. He likened his approach to the film composer Ennio Morricone, whom Yorke felt structured melodies similarly to pop songs. He said: "There's a way of repeating in music that can hypnotise. I kept thinking to myself that it's a form of making spells. So when I was working in my studio I was making spells. I know it sounds really stupid, but that's how I was thinking about it." He said he enjoyed working for commission, which motivated him to explore musical ideas he otherwise would not have discovered.

Yorke did not write lyrics that followed the film narrative, but was conscious of the scenes the songs would be used in. He described the lyrics as political, influenced by discourse surrounding President Donald Trump and Brexit, which "got tied up with" scenes of marching soldiers in the film.