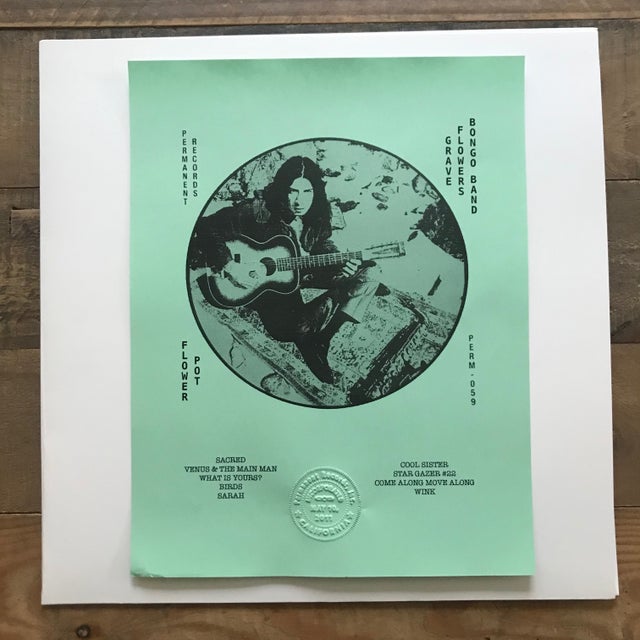 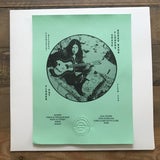 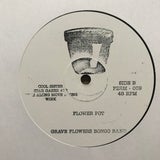 Hey man, could you use a little serenity? Grave Flowers Bongo Band thinks we could all use a little and they’re here to give it to us. In order to enjoy this record, you don’t have to get dressed. In fact, it’s probably better that you don’t. And you definitely don’t need to leave the house. This record is best experienced in the comforts of your own home, just as long as your home is as peaceful as it should be. If it’s not, “Flower Pot” should be enjoyed naturally. The organic vibes the Bongo Band project are just as soothing as they are psychedelic. There’s a lot going on here, but the record also feels very simplistic, like a more modern take on Ted Lucas, Sam Gopal, or Tyrannosaurus Rex. The journey is largely acoustic and serene, but the electric and slightly more chaotic moments compliment the rest of the instrumentation like honey on granola. “Flower Pot” is the perfect soundtrack for your next sacrificial effigy burning, but it’s also a record that you can make out to. It’ll ease you into the day or take you away after a long night. A perfect prescription for whatever ails you. I’m sure it’ll blow your mind, regardless of your mental state. Side note: It’d be a goddamn shame if the Bongo Band doesn’t turn into a cult, or at least develop a cult following.

“Flower Pot” was recorded entirely on magnetic tape and the bulk was done at Uly Noriega’s Laundry Room Studio in the El Sereno neighborhood of East Los Angeles in February 2018. The remainder was done on Bert Hoover’s Tascam 388 at Black Diamond Rehearsal Studios with Hunter Stroope. The finishing touches were done in May 2018. Uly Noriega was the recording engineer and did all the mastering as well.

Gabe Flores currently plays in Hooveriii and Richard Rose and formerly fronted the LA rock powerhouse Babylon, but has “always loved Charles Manson’s “LIE: The Love And Terror Cult” sound with the shitty production campfire vibes hand drums and and acoustic guitar and wanted to try something like that!” So under the influence of Manson, Sam Gopal, Love, Kevin Ayers, Funkadelic, Peter Green, and “all the freaky folk freedom rockers from the 60s and 70s” Flores created “Flower Pot”.

Grave Flowers Bongo Band has only played ten shows so to date, but has already shared the stage with Jessica Pratt, Ex-Cult, Shannon Lay, Follakazoid, Stonefield, Mad Walls, and Levitation Room among others. Keep your eyes peeled for more live performances in the near future!