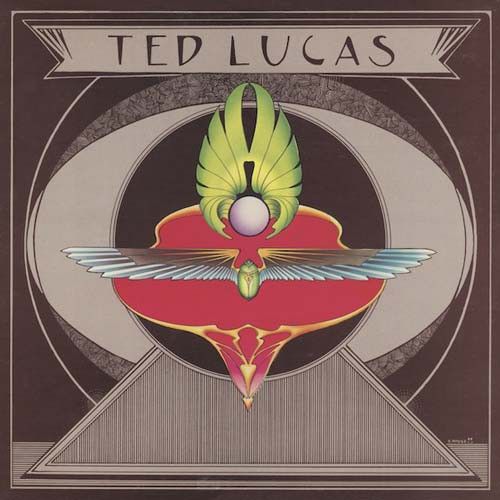 In 1968, Ted Lucas returned to Detroit following a stint in Los Angeles that saw the release of Reprise singles with his psych-rock acts Spike Drivers and Misty Wizards. Then a new father, he paid his bills by working as Motown's in-house Indian instruments specialist, playing sitar on tracks by the Temptations and the Supremes. At home he focused on his acoustic guitar technique, studying with Harihar Rao and, later, Ravi Shankar. A manic perfectionist, he devoted days at home to recording miles of raga guitar tracks, not atypically on a Gibson J-45. "Raga in D," the track which opens The Detroit Folk Scene, Volume 1 (Volume 2 never surfaced), may or may not be a transcription of a preexisting Indian raga. This was around the time that Ted founded an eclectic blues/modal Middle Eastern/folk band called the Horny Toads. An omnivorous listener and night owl, Lucas could rock out with the best of them, but left to his own devices, he seems to have been drawn back to the sort of quiet, mysterious chords heard on this track. One self-titled solo album would follow in 1974, but though Ted continued to play, he never released another album. He died in 1992.

“It’s so easy when you know what you’re doing,” sings Ted Lucas on the second track of his 1975 self-titled LP. Maybe not intentionally created to be such, but that line sticks as a mantra for Ted as a musician. Spending hours daily practicing and learning, Ted effortlessly played and improvised on a slew of string-instruments, mainly guitar. A native of Detroit, Ted studied classical guitar at Wayne State University and various string instruments abroad. He was Motown’s “exotic string specialist” until they moved operations to Los Angeles. Technically best termed a rock guitarist, Ted was a founding member of The Spike Drivers, The Misty Wizards, The Horny Toads and more. But, none of his projects feel more meaningful than his solo, self-titled LP, sometimes referred to as ‘The Om Album.’

Released on Om Records (his own imprint) in 1975 and re-issued on Yoga Records in 2010, the album is a masterpiece of multiple genres and a cohesive melancholic feeling enlivened by a certain sense of hope. The first six tracks are smoothly and gracefully repetitive. Thickly layered harmonies and lyrical pictures are painted against a swaying backdrop of acoustic guitar. A blissful world of slightly psychedelic folk is created in the sincere delivery of the sparse arrangements, each track touching on a series of loving sentiments.

Continuing with a revitalized energy, the album goes on to explore the other sides of Ted’s musicality. “Robins Ride” is a rhythmically focused instrumental lead by syncopated guitar strums in all octaves. It nods more deeply to the more “exotic” types of music made with string instruments that Ted had studied, thereby separating itself from the tracks before it. “Sonny Boy Blues” furthers that distance from folk as it dives deeply into improvised blues that patiently progresses into a cautionary refrain. Ted appropriately ends on his most expressive and individualized number, “Love and Peace Raga.” Though not an actual raga, the song incorporates textures, rhythms, textures, and pacing from classical Indian music. Like the rest of Ted’s music, it captures a pervasive feeling in a transcendental musical journey.