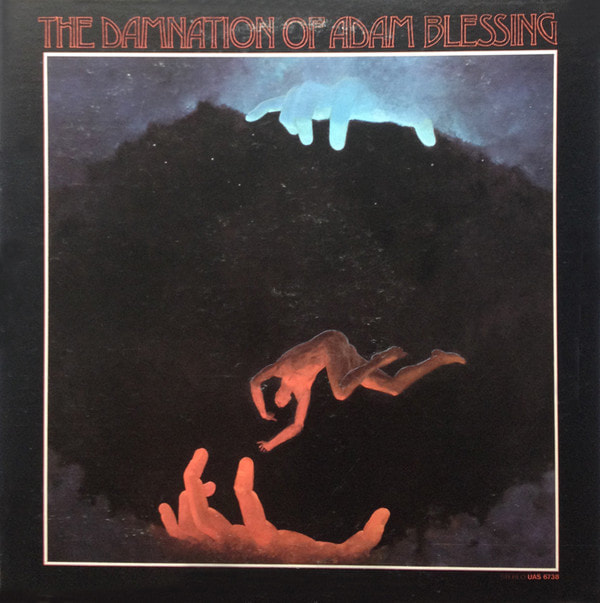 Underground hard-rock heroes the Damnation of Adam Blessing are getting the deluxe vinyl reissue treatment.

Their 1969 self-titled debut and the next year's follow-up, Second Damnation, saw their first ever U.S. reissue via Exit Stencil Recordings in March 2018. The original master tapes were tracked down and used for this project -- also a first.

"I had no idea that the original master tapes still existed," Damnation guitarist Jim Quinn tells UCR. "I was completely taken by surprise when Ryan Weitzel from Exit Stencil Records called and told me about them and how he acquired the license to remaster and release the first two albums on vinyl."

While not a household name around the globe, the Damnation of Adam Blessing are cult heroes to underground rock fans. They formed in Cleveland in 1968 and soon scored a Top 10 local hit with "Back to the River." The band's style was a perfect fit for the era: earthy hard rock with harmonies and a lingering glow of psychedelia. Fans of Grand Funk Railroad, Humble Pie and other bands from the period should recognize a similar sound running throughout Damnation's music.

Back in 2000, Italian label Akarma Records reissued the band's three albums, but those were taken from other sources. These reissues mark the first time the original tapes were used. "When I first heard the test pressings that Eliot Kissileff remastered, I was blown away," Quinn says. "Listening back with the help of modern technology he used, it's like hearing these songs for the first time. One could hear and feel the energy of the crunching guitars, the pounding drums and bass and especially the unique rawness of Adam’s vocals as if you were there, in the studio, hearing them recorded for the first time."

Quinn says these pressings might even sound better than the original releases from almost 50 years ago thanks to noise reduction, proper audio levels and balance, correct EQ curves and a compression level that enhances and balances the music. "I look back and realize how free we were to create sounds that weren’t emulated using today's current technology," he says. "The freedom we had to create new sounds, we did it from scratch."

The band split up after three albums (the final one, 1973's Which Is the Justice, Which Is the Thief is not part of this new reissue series), but it never left the hearts or ears of Cleveland rock fans. You can still hear "Back to the River" on local stations.