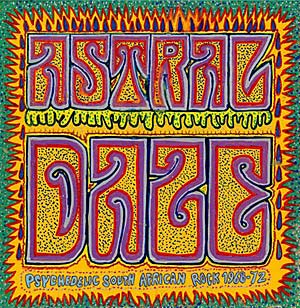 This collection brings together rarities from well-known artists like Abstract Truth, Suck, Otis Waygood, Freedom's Children, John & Philipa Cooper, McCully Workshop and Hawk, as well as lesser known acts like Buzzard, The Fireflies, The Idiots, Tidal Wave, and The Invaders. Although the South African rock movement of the late sixties and early seventies was not a major commercial success, its participants heralded an exciting new age in South African rock and started a movement aimed at changing the musical tastes of fans in a spectacular way. Stadium concerts became the vehicle for feeding the youth with heavier rock sounds, and behind studio glass were producers like Clive Calder, Billy Forrest, Graham Beggs and Selwyn Miller who acted as change agents to transform conventional pop into heavier four to five minute songs. The movement's struggle for recognition through airplay remained unanswered and only the true fans of rock knew about their existence. Licensed by the Fresh Music label in South Africa and available on vinyl for the first time, complete with insert and liner notes.