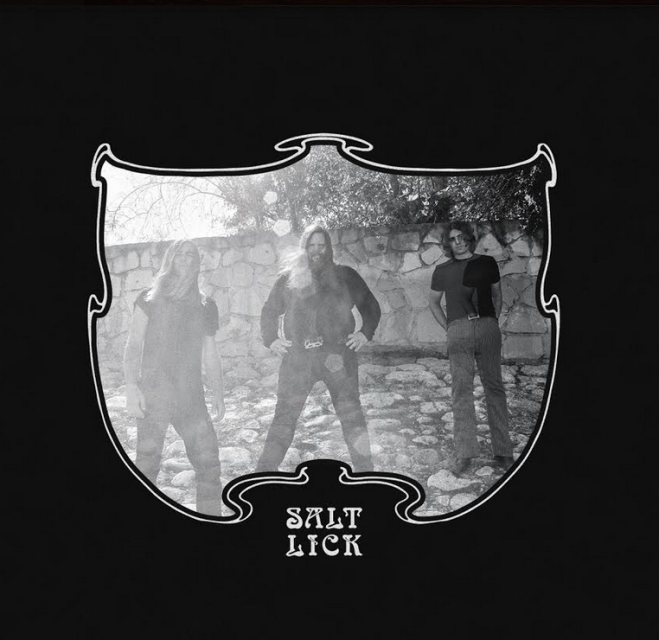 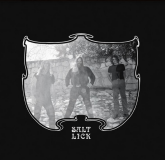 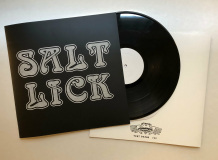 Lance from Permanent Records here! Historically, I’ve done all of the writing we use to promote new releases and I’m always stoked to do it. I’m excited about every new release we put out and I have plenty to say about each and everyone. That said, writing about this one ain’t quite as easy. I play bass in Salt Lick and I love it. It’s an absolute pleasure to jam with my boys Erik and Miguel (also my co-workers at Permanent). We get together once or twice a week after work, crank the amps, drink a few cervezas, and make some noise heavily influenced by our favorite kinds of rock’n’roll. Anyone following Permanent for the last 12+ years knows the kind of shit I’m into. I’ve compiled some of my faves in the form of Brown Acid and I’ve written an uncountable number reviews of some of my favorite reissues in our email blast. We all DJ late 60s and early 70s Hard Rock, Psych, Freakbeat, Garage, and Proto-Punk / Metal regularly. We eat, drink, and breathe this stuff. Erik has played in a bunch of great bands over the years including bands we’ve released music by like Jesus Sons and Mind Meld. Miguel is a veteran rock’n’roller from Spain and has travelled the globe playing in bands, DJing, and buying records for decades. So rather than describe how our band sounds beyond discussing our influences and previous endeavors, I’d just like to say please take a moment, click on the listen link, and decide for yourself if you dig the tunes. If you dig ‘em, please buy the record so we can keep doing what we do and keep the rock’n’roll flame burning!

"Salt Lick is the very new L.A. trio with heavy connections to Permanent Records, Mock Records, Jesus Sons and that particularly collector-y Bonehead Crunchers/Crushers/etc.-style blunt-object 70s rock ‘n’ roll...Enthusiastically working the same grinding vibes of that recently rediscovered wave of old-school weirdos who got lost somewhere between prog rock they couldn’t play and punk rock they didn’t get, and who’s we-just-wanna-rock! 45s ended up creating a whole micro-genre of longhair off-the-grid proto-proto-punk. (Salt Lick also claims as an influence “the one good song on a bunch of major label LPs from the early 70s,” which is also very accurate—and Permanent/RidingEasy’s own Brown Acid comps also make a nice sampler of this sound.)" - LA Record

"Coming on like an MC5 fever dream... Salt Lick’s debut ..shakes the window panes until they beg for mercy. See-sawing on a monster riff, the track is muddied and murky but I’ll be damned if it doesn’t knock the wind out of you. Salt Lick rounds up members from the Permanent staff, but its more than just a bit of nepotism here – it seems that those curating the power of pummel can also deliver it just as well. This is scuzzy, crusted, exhaust huffing garage rock with no spit shine in sight."