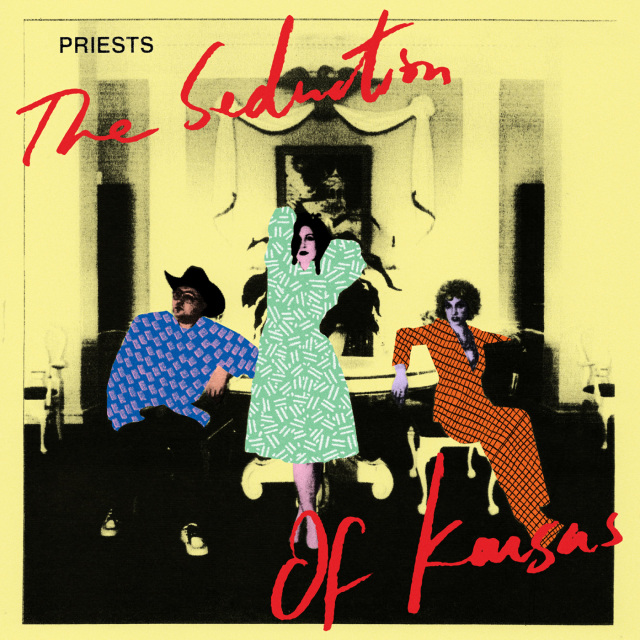 With fireworks of noise and arresting melodies, Priests' 2017 debut LP Nothing Feels Natural was heralded as a modern classic of "post-punk", but Priests feel urgently present. If NFN felt like an album-length ode to possibility, then The Seduction of Kansas exists within the adventurous world its predecessor pried open. If NFN was the reach and conviction of a band pushing beyond itself, willing itself into existence on its own terms, then Kansas stands boldly in the self-possessed space it carved, an immediate and cohesive album.Entering their eighth year as a band, Priests remain an inspired anomaly in modern music. A band on its own label, Sister Polygon - jolting the greater music world with early releases by Downtown Boys, Snail Mail, Sneaks, and Gauche - they are living proof that it is still possible to work on your own terms, to cultivate your own world. Bred in punk, Priests play rock'n'roll that is as intellectually sharp as it is focused on pop's thrilling pleasure centers, that is politically galvanizing without sloganeering. The high-wire physicality of their live shows and their commitment to cultural, political, and aesthetic critique have all made Priests one of the most exciting bands of their generation.