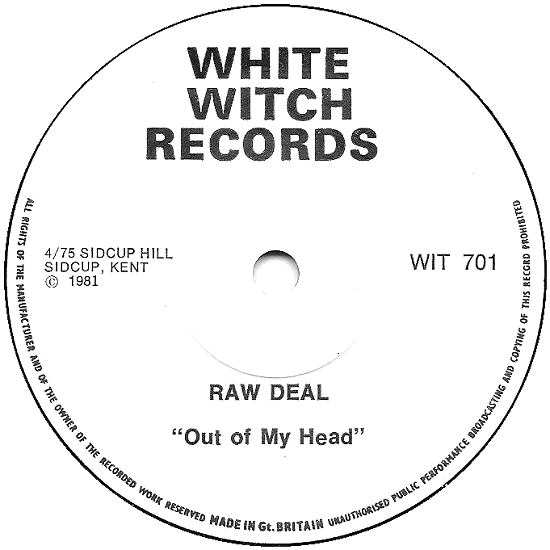 Confusingly, there were at least three different bands named Raw Deal making the rounds in the New Wave of British Heavy Metal underground in the early '80s, and all of them fared equally miserably. This Deal featured Rob Childs (vocals/guitar), Paul Reynolds (guitar), Brian Smith (guitar), and Steve Richardson (drums), and hailed from Kent, formed in 1978, and then struggled along with the lot of the era's underappreciated heavy metal bands.

They auditioned a few bass guitarists and settled on Ade Jones. The cheering heard at the end of 'Cut Above The Rest' was the band cheering, not the studio staff, as some sources suggest. The band was euphoric at the end of recording that song because they had attempted it about five times and on this occasion had gotten it right.

A thousand copies of the single were pressed, the majority of which came into the band's possession. They sold a few at gigs and gave the rest away to friends and family over the following years.