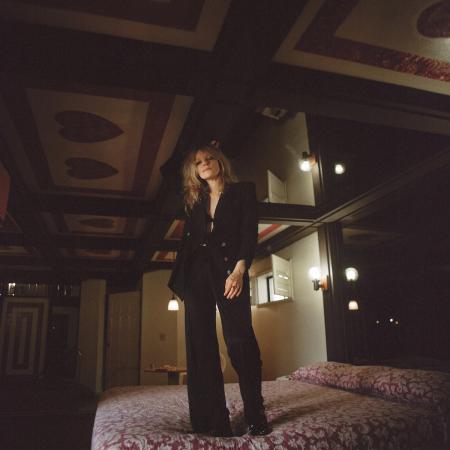 JESSICA PRATT is not a loud performer. She does not have to be. In a club of a few hundred, even the bar staff are known to go quiet while she's on stage. Her third album, Quiet Signs, feels like a distillation of this power. The album leads off with "Opening Night," a nod to Gena Rowlands' harrowing, brilliant performance in the John Cassavetes film of the same name. It’s also an emblem of where this spare, mysterious collection of songs falls in the course of Pratt’s career. After a collection of demos and early studio recordings (Jessica Pratt, Birth Records, 2012) earned her a small, dedicated audience, Pratt moved from San Francisco to Los Angeles and recorded her first intentional album in her bedroom in a matter of months. That album, On Your Own Love Again (Drag City, 2015), would bring her around the world many times, leading many to fall under the spell of Jessica Pratt the performer, the songwriter, the singer with the heavy-lidded voice that feels alien and familiar at the same time.