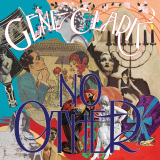 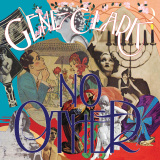 4AD are thrilled to announce the long-awaited reissue of Gene Clark's 1974 masterpiece No Other - one of the American singer-songwriter and Byrds founding member’s finest works.

The original tapes have been remastered at Abbey Road, a stunning 5.1 surround mix of this album created for the first time (done by Neil Wilkes and B.J. Cole), and all the studio tapes have been forensically worked on and mixed by the duo of Gene Clark aficionado Sid Griffin and John Wood, the producer famed for his work with the likes of Nick Drake, Sandy Denny and Squeeze. More than just bonus material, the extra tracks have not been edited or composited in any way, allowing for everything to be heard exactly as it went down in the studio and before any overdubbing took place.

Coming on the eve of Gene’s 75th birthday, this reissue serves as both a celebration for fans and an introduction to soon-to-be fans. There really is no other like No Other.