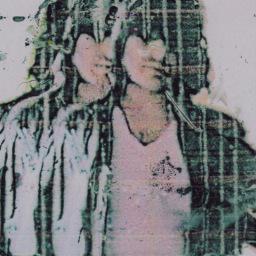 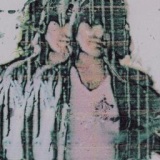 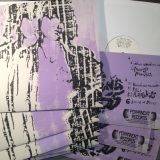 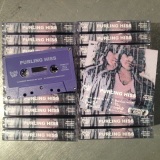 Permanent Records' tenth label release, which sold out immediately upon its original release, has been repressed for a SECOND time in another edition of 300 copies!
Purling Hiss has recently released records on Richie and Woodsist and garnered rave reviews from just about everybody who's heard 'em. This eponymous LP on Permanent is where it all began! Here's the story: Purling Hiss is the side-project of Holy Mountain recording artists Birds of Maya guitarist Mike Polizze. Birds of Maya are a full-on psychedelic rock band from Philly. Apparently, Birds just aren't full-on enough to satisfy Polizze's far-out tendencies. On his debut solo record Polizze plays bass drums and guitar relentlessly as if he's playing to save his life. This recording is so intense that the pressing plant told us they'd risk breaking their equipment if they cut the lacquers with the original master. We sent 'em a new master and it sounds great! For Fans Of- Birds of Maya Earthless, Loop, High Rise, Les Rallizes Denudes, and lo-fi, blown-out psych. Obviously, this one comes highly recommended.